Identification News for a Secure Today! 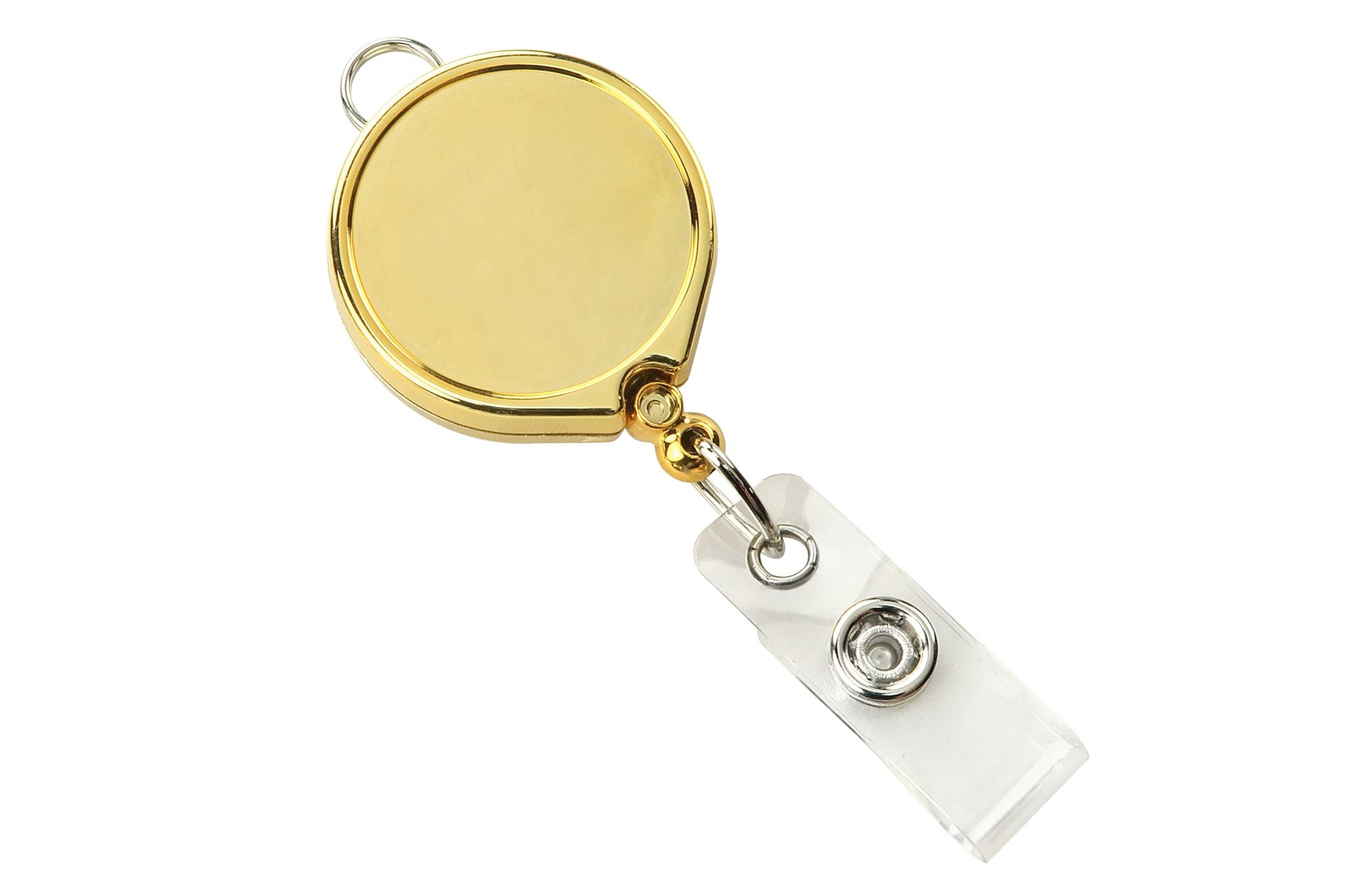 It’s Gold. 2124-3029-Gold Color Gives A High-End Appearance! Round Badge Reel With Lanyard Loop Attachment At Top. Has A Belt Clip And Clear Vinyl Strap. Can Be Custom Printed. Imprint With The New Custom Labels For A Real Modern And Professional Look!

Also, Pyrite’s metallic luster and pale brass-yellow hue give it a superficial resemblance to gold, hence the well-known nickname of fool’s gold. The color has also led to the nicknames brass, brazzle, and Brazil, primarily used to refer to pyrite found in coal.[6][7]

The name pyrite is derived from the Greek πυρίτης λίθος (pyritēs lithos), “stone or mineral which strikes fire”,[8] in turn from πῦρ (pyr), “fire”.[9] In ancient Roman times, this name was applied to several types of stone that would create sparks when struck against steel; Pliny the Elder described one of them as being brassy, almost certainly a reference to what we now call pyrite.[10]

Pyrite is usually found associated with other sulfides or oxides in quartz veins, sedimentary rock, and metamorphic rock, as well as in coal beds and as a replacement mineral in fossils, but has also been identified in the sclerites of scaly-foot gastropods.[12] Despite being nicknamed fool’s gold, pyrite is sometimes found in association with small quantities of gold. A substantial proportion of the gold is “invisible gold” incorporated into the pyrite (see Carlin-type gold deposit). It has been suggested that the presence of both gold and arsenic is a case of coupled substitution but as of 1997 the chemical state of the gold remained controversial.[13]

During the early years of the 20th century, pyrite was used as a mineral detector in radio receivers, and is still used by crystal radio hobbyists. Until the vacuum tube matured, the crystal detector was the most sensitive and dependable detector available—with considerable variation between mineral types and even individual samples within a particular type of mineral. Pyrite detectors occupied a midway point between galena detectors and the more mechanically complicated perikon mineral pairs. Pyrite detectors can be as sensitive as a modern 1N34A germaniumdiode detector.[21][22]

Need help with your Company or School ID? Get a FREE quote today!